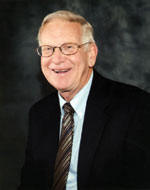 Two longtime high school officials will be among the 12 individuals to be inducted into the National Federation of State High School Associations National High School Hall of Fame in 2012.

The National High School Hall of Fame was started in 1982 by the NFHS to honor high school athletes, coaches, contest officials, administrators, performing arts coaches/directors and others for their extraordinary achievements and accomplishments in high school sports and activity programs.

The University of Maine Farmington Beaver Athletic Hall of Fame

The University of Maine at Farmington Athletics Hall of Fame was founded to perpetuate the memory of those persons who have brought distinction, honor and excellence to UMF through their accomplishments in athletics. Greg is a member of the Western Maine Board of Approved Soccer Officials, the National Intercollegiate Soccer Officials Association, and is a National Level Referee. Greg is a member of the inductee class of 1996.

Bob Stedt will be inducted as a UMFK student-athlete, but it is his resume after UMFK that allows him to stand out. Stedt has been a soccer official for the past 43 years, at the college and high school level. He is currently the Board of Soccer and Basketball officials’ assignor for Aroostook County and has refereed more than 25 Maine high school state championship matches. He also has been a basketball official at the collegiate, varsity, and junior varsity levels and umpired baseball for the past 38 years. Stedt has been an instrumental part of bringing high school wrestling to the state of Maine, as he serves as meet director for the Class B regional and state meets, as well as the PVC championship meet. While at UMFK, he was a three-year co-captain, was named to the All-Conference team, and was a four-year starter. Taken from UMFK page